I first met Linda one blissful summers day, earlier this year, at a social club trip to FACT, (Foundation for Art and Creative Technology) based in Liverpool city centre. Older and younger neighbours toured an exhibition called BodyWork, which explored the use of biohacking to enhance productivity of freelancers across the world. 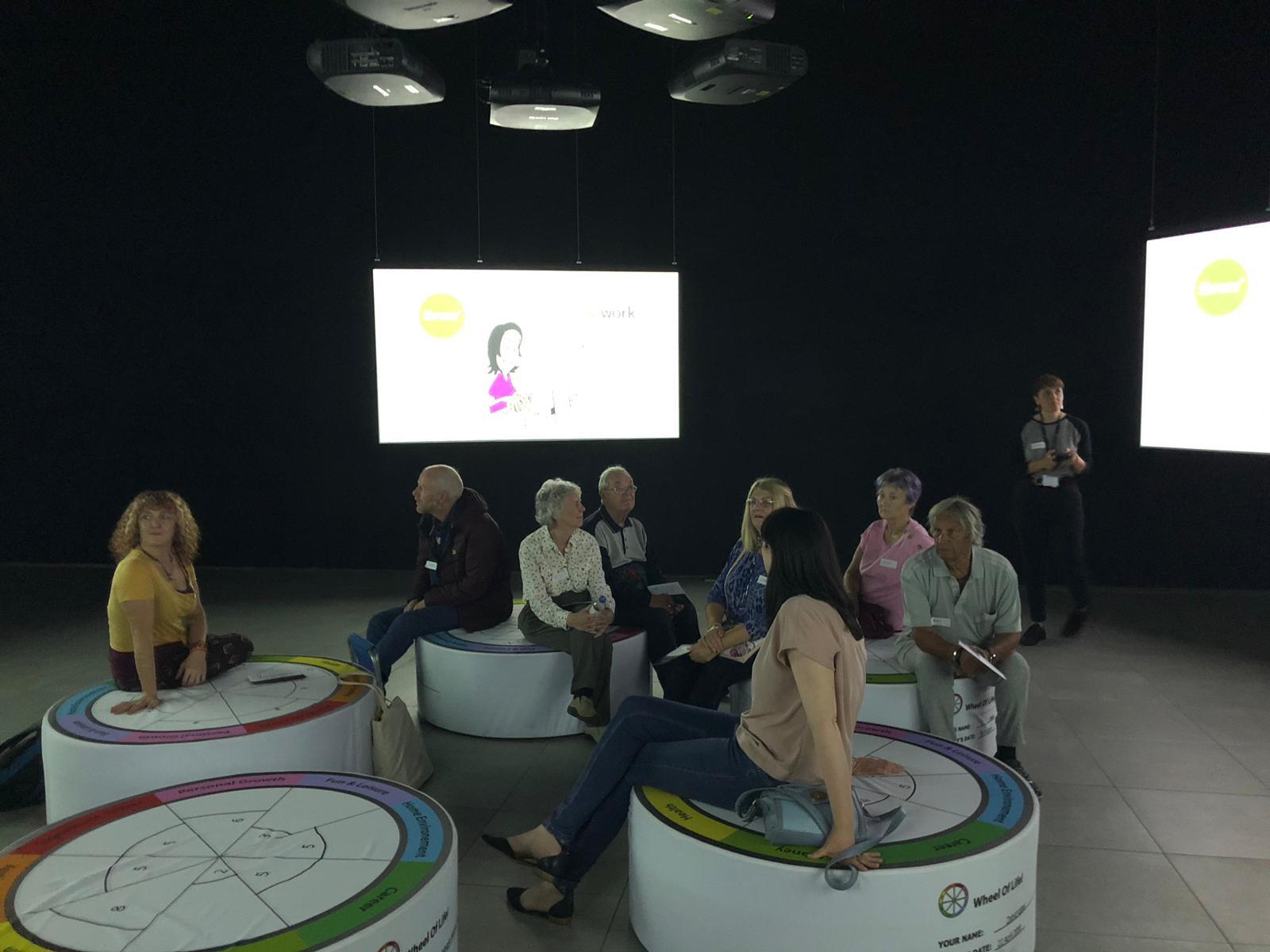 The exhibition – which was Linda’s first Social Club – feels all the more poignant today as we sit to discuss how Linda found her way to Liverpool Cares.

Linda won’t mind me telling you on that first meeting, she was a little flustered as she found it difficult to find the venue. Linda doesn’t like to be late; a trait she attributes to working for the police for over 29 years.

But we don’t start our story here. Instead, we go back to Linda’s deep roots in the city. In Linda’s words, she is “Born and bred Scouse and proud.” Born a week before Christmas day, she lived at 63 Connaught Road for most of her childhood with one baby brother. 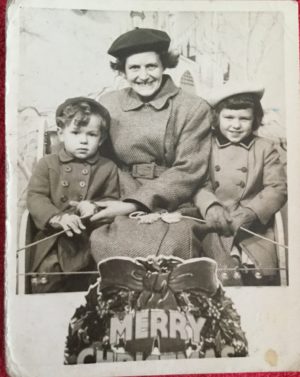 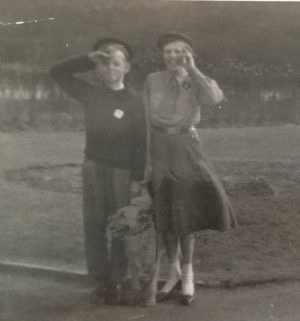 (Above and right: Linda with her baby brother)

At school, Linda was fondly known as a chatterbox and spent lots of time “behind the blackboard” as punishment. Her reputation proceeded her, and in the 4th year when Mr Jones covered her English class he announced: “McCann before we start, behind the board.”

An occasion when Linda was proud that her reputation had, in fact, proceeded her, was in the 4th year at Edge Hill Secondary modern. Miss Wasp, her History teacher, suggested that it would have been great if  Linda had put in as much effort in to History as she had her typing where she had come ‘Top of the class’; information – Linda surmised  – could only have come from teacher’s staff room gossip.

Linda excelled at Typing and went on to gain her RSA 1 + 2 and her love and natural skill for being a typist was ignited. 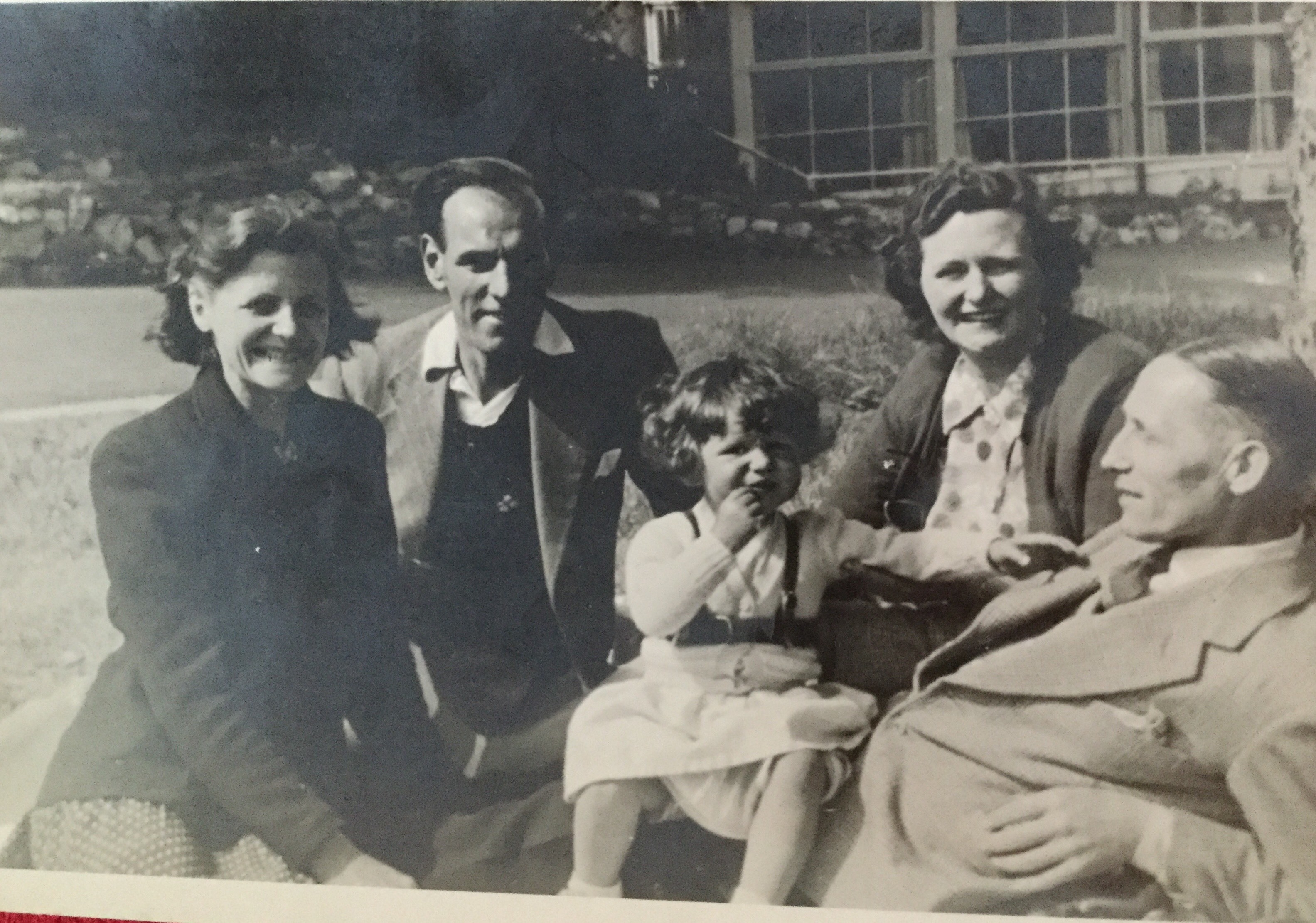 (Above: baby Linda with her family at Butlins)

Like with many of the interactions between younger and older neighbours, Linda and I found that we have more in common than we realised. Linda’s parents also separated when she was young; we shared our experience of having to juggle two families and the impact that has on you. Linda would sometimes have to see her father in secret, and and felt bad about how that would make her mother feel.

Linda had always worked to support her family. Linda has two daughters Dawn and Lisa, notably, her greatest achievements.

Linda began her working life at the now legendary Vernons pools, an institute for families across the city. Linda enjoyed a role in the data prep department, and during overtime shifts, she said they would essentially be stuffing envelopes all day. 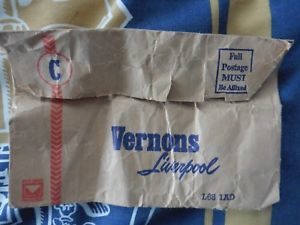 She then moved on to Hall Line Ltd before the Ministry of Defence in 1970. She worked here until the birth of her first daughter Dawn. In those days you got six weeks maternity leave, and although the MOD were flexible and gave her an additional six weeks, Linda found it difficult to find childcare for a full-time job. Between 1974 and 1981 Linda had her second child and enjoyed working in bars and clubs in Kensington.

Linda went on to become "support staff" for Liverpool Merseyside police service in 1982 and worked there for 29 years and two months utilising her keen typing and administration skills.

Linda also found a great community here; she was amongst forty other police support staff who enjoy Christmas get together's and made lifelong friendships, including that with older neighbours Mary and Moya.

Working for the police force was difficult at times; typing up homicide reports, warning witnesses for court and dealing with interview tapes that would contain sensitive and often upsetting material. Linda found that using the overtime money she had made to take the girls on holiday would help ease the mental strain of earning money “whilst a poor soul had died.” Linda finished her working career in March 2011 in the Criminal Justice Department of Merseyside Police. 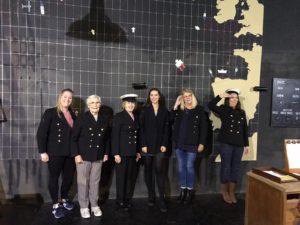 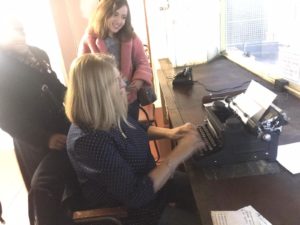 (Above Linda: Linda is testing her typing skills at Western Approaches.)

It's is also not a surprise that during a Liverpool Cares Social Club to Western approaches Headquarters which lies hidden in the business district, Linda felt such a strong affinity with the young girls who served there during the war. Young girls who were recruited for their strong analytical skills. I have no doubt that Linda would have served as a Wren, even the young chatterbox inside her could be sworn to a secrecy act.

Linda came to Liverpool Cares office for her blog interview and we gave her a tour of the views of the city from the roof terrace. Linda remarked on the massive changes to the skyline with all the new buildings; Linda is extremely proud of her city and its growth.

We asked Linda what the best thing about Liverpool Cares is.  She said “people don’t treat you like a pensioner. They remember your name, and it’s different every time with someone new to meet. When you are without a partner life can be lonely and it would be impossible to measure a tree unless you are with your friends at Liverpool Cares.” 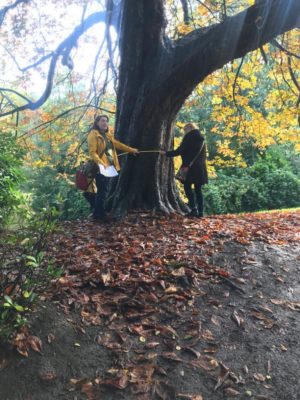 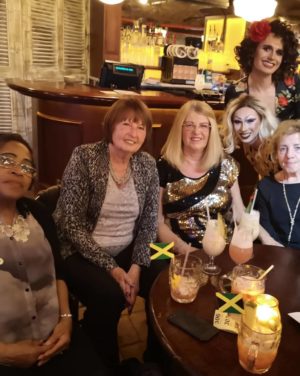 Much of today we talked about Linda’s impressive work achievements, her love of the working environment, the community she found there, and how after retirement Liverpool Cares has become that community of support that helps to reduce the gaps across social, generational, cultural and attitudinal divides by building friendships and sharing time, laughter, knowledge and stories.

It has been a honour and a pleasure to learn more about Linda's life and her deep roots in the city and I hope her stories inspire more people to get involved.