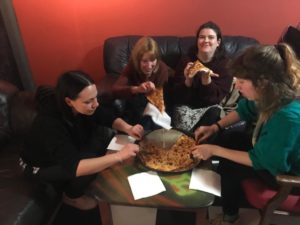 Back in March, 25 neighbours met up on a chilly Wednesday evening for a slice of pizza and a drink. They packed out the whole front room of a busy city centre bar, squeezing five seats around tables meant for two, laughing and chatting away for hours. Francesca, 25, had never met Rita, 70, before, but they got on like a house on fire. Meanwhile Sarah and Pat, who have almost 30 years of age difference between them (and who have been to 84 social clubs between them!) chatted like old, familiar friends over their pizza. At closing time everyone swapped tables and chairs to say goodbye to one another, giving each other big hugs and sharing which social clubs they had booked onto for the rest of the month, figuring out when they would next see one another. Friends, excited to see one another again soon. 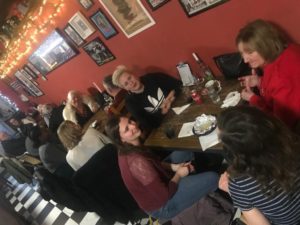 That’s what Liverpool Cares Social Clubs looked like at the beginning of this year. Fun, full of laughter and people of polar ages sharing stories and advice. Neighbourly, inclusive and warm.

Then Covid-19 hit, the first lockdown came and that’s where our challenge began. We already knew exactly how loneliness affected people; The Cares Family had been working on that for years. But suddenly we couldn’t get together in person anymore, and as a team we needed to think of a way to continue the magic of social clubs and keep the feeling of togetherness despite being apart. 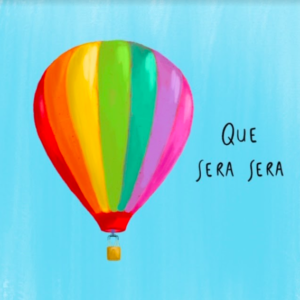 We thought that we’d start by sending out a pack of activities in the post and via email to everyone in our network – a creative activity or task to do each day with things you’d find around your home. The thought of neighbours all doing the same fun task on the same day felt like some sort of community, and #AloneTogether was born. Neighbours sent in letters, drawings, photos, poems and stories to post alongside the pack, to let everyone know they were thinking of their friends across the city who they were separated from. 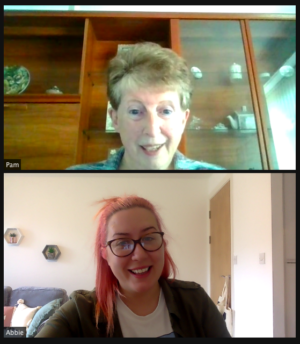 Next, we decided to do our part to tackle the digital divide, and began offering Tech Support over the phone to our older neighbours, setting those with internet connections and equipment up on Zoom in the hopes that we could start Virtual Social Clubs, meeting online from our living rooms. We knew lots of our older neighbours weren’t particularly tech savvy, but we were overwhelmed by the ‘give it a go’ attitude so many of them had – “what have I got to lose?” became a common phrase in those first few weeks!

We began by meeting a few times a week over Zoom, groups of us getting together for a gab, or to do an activity with one another. Most of the time we were figuring out Zoom alongside one another, finding new features, laughing at one another’s virtual backgrounds and working out how to mute and unmute ourselves. It was a whole new world that we were discovering together with our neighbours and there was joy to be found in seeing familiar faces pop up on your screen after being in lockdown for so long. 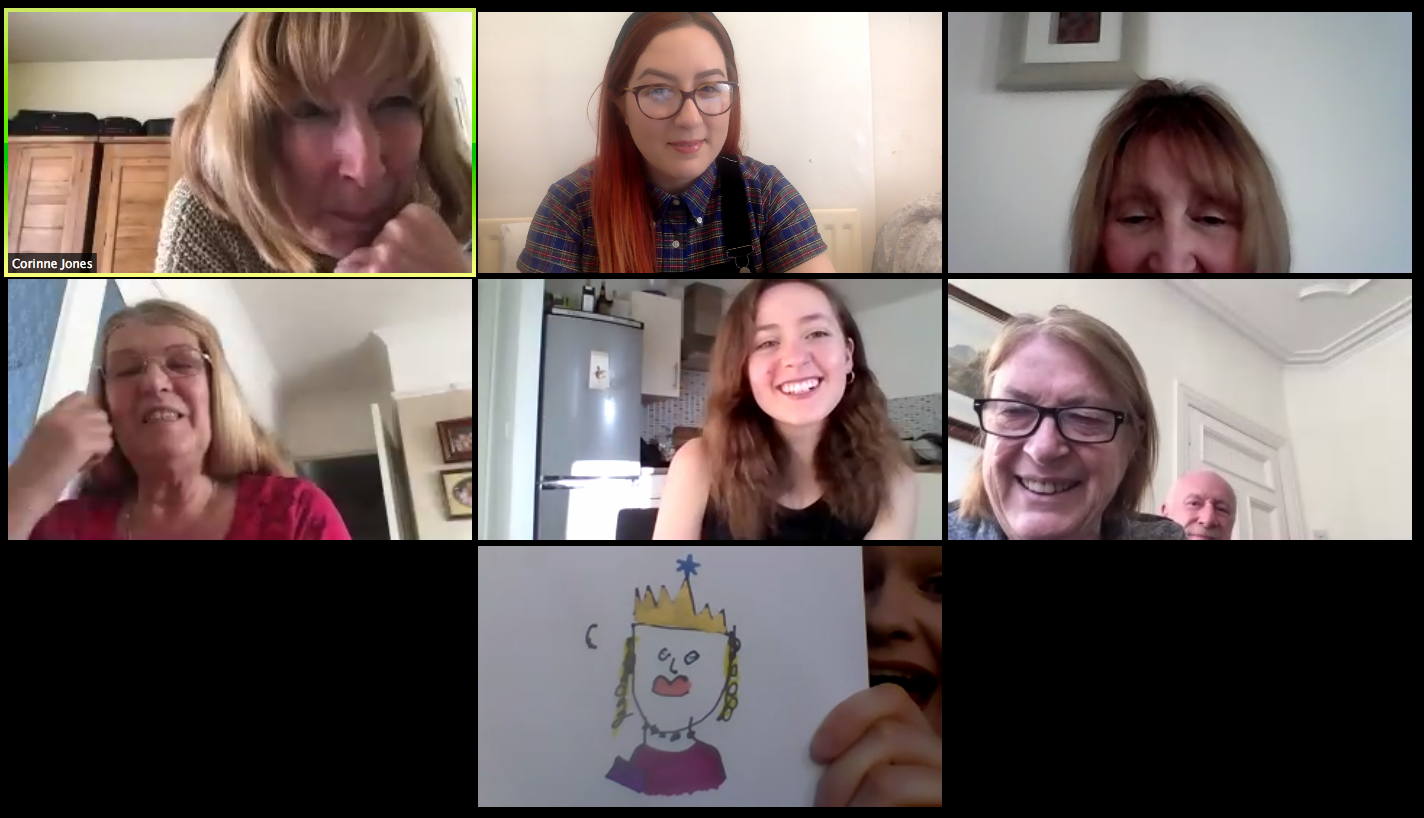 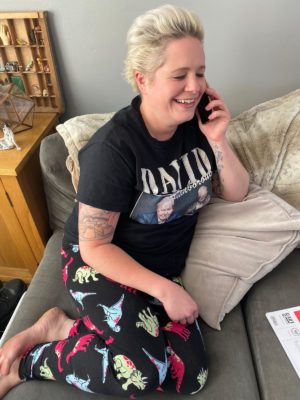 While all of this was happening, we also knew that a lot of our network didn’t have access to the internet, or a device to use Zoom on, like a laptop or tablet. To combat this we looked into other ways to bring our neighbours that same connection and fun without needing those things. From this, Phone-in Social Clubs were born, where neighbours can dial in to group conversations for free from their landline or mobile. They’re often chaotic, with lots of laughter! They’re the perfect space for people to put their brains together for a quiz, or for us to recreate an evening of Desert Island Discs... Some of these clubs are bigger, with neighbours singing for the rest of the group, while some are more intimate with multiple breakout rooms running at once, each with a couple of people chatting about what they’re enjoying or finding difficult about this year. Best of all, these dial-in Social Clubs are accessible to everyone.

Fast forward to December and we’re almost at the end of 2020! We’re still sending out our Alone Together activities to all of our neighbours in the post, encouraging neighbours to take a little bit of time once a week to try something new, or do something creative to make them smile.

Virtual Social Clubs have come a long way; we’re no longer figuring out the technology, instead we’re running Karaoke Clubs, Play Your Cards Right evenings and Contemporary Dance Classes. Our neighbours are just as much the experts on Zoom as we are now, and we’re still helping more older neighbours to get set up on Zoom.

Meanwhile, our Phone-in Social Clubs have regular attendees now; neighbours who have never met in person yet who act like old friends, chatting together a few times a month.

So that’s what Liverpool Cares Social Clubs still look like at the end of a year none of us could have predicted. Fun, full of laughter and people of polar ages sharing stories and advice. Neighbourly, inclusive and warm. 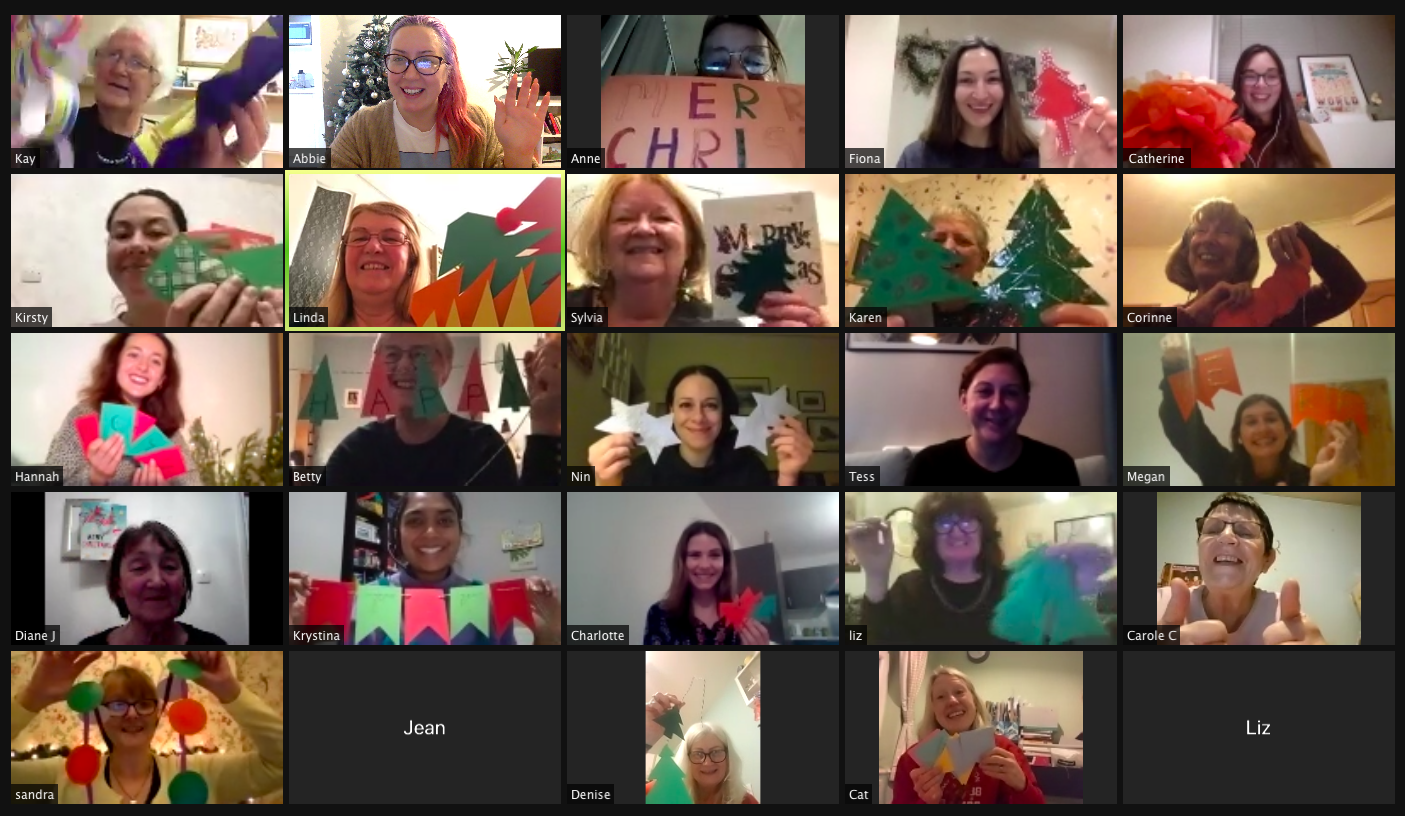