As the lockdown began last year, at Liverpool Cares and within the wider Cares family, we courageously adapted our delivery programmes to better support our community. At the same time, our fundraising team had to pivot with agility (a spritely one foot on the spot spin, whilst carrying loads of stuff - for the visuals) to proactively and reactively respond to the varied challenges fundraising faced during the pandemic in the charity sector.

We’re proud to have survived this year because of the generosity of our community, who have supported our emergency crowdfunding campaign, committed to corporate donations, donated regularly, made our first Big Give campaign possible and took on many physical challenges to raise vital funds.

With this support, our fourth programme, Community Fundraising, helped us to secure those all-important funds to sustain our adapted delivery programmes. Not only that, it opened up a world of joy and camaraderie which grabbed our communities - a feeling as though we were all in it together.

Spring - A new understanding of ‘Togetherness’

That said, in May last year after the murder of George Floyd, as a charity striving to tackle community divides, we came to realise, we only had half an idea of what ‘Togetherness’ means.

The murder of George Floyd, and more directly ‘Blackout Tuesday’ was the catalyst for the extremely important and much-needed discussion and work to tackle racism and to further understand how racism has and continues to, cause isolation and loneliness within our communities.

We have demonstrated our ability to come together to support, care for and offer equity to those struggling during this time of the pandemic. However, it is important to recognise that with or without pandemic, persistent social inequalities exist and are detrimental to our health.  We know we will continuously need to address this, in our lifetime, to help create balance and fairness in society.

Since The Cares Family committed to reducing loneliness and isolation inclusively - that is with these social inequities in mind- we, in fundraising, have a heightened awareness of the structural and systemic racism within the charity sector, including power dynamics, wealth in-equalities, underrepresentation, donor paternalism, and white saviorism to name a few (of the big words, that we need to make more digestible for a more inclusive conversation), as we understand how those collective issues impact community fundraising. 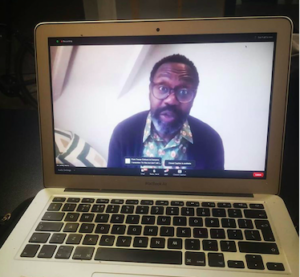 Notably, the most validating and inspiring time for me this year professionally was attending a fundraising conference led by Martha Awojobi of organisation Charity So White, delivered by people of colour. Oh, and tuning (zooming) into uncle Lenny giving the plenary speech for the chartered Institute of Fundraising Conference. Unfortunately, with a greater understanding of the systemic racism within the charity sector, that’s where that conference peaked for me, due to the lack of diverse representation amongst the other speakers.

Our fundraising team, with support from our organisational Inclusion Lead Natalie Alleyne, my fellow colleagues of African, mixed Caribbean and Indian, Latin American and diverse heritage, both in Liverpool and nationally, and Anti-racism action group, continue to learn, understand and take action against racism in fundraising. This has started with our ‘Good Fundraising Policy’, which ensures all fundraising income aligns with The Cares Family’s values, which include a specific commitment to Anti-Racist action.

We know we are at the beginning of a journey and embrace ideas and collaboration in the city to find our lane, to get this right.

In 2019, volunteer and Love Your Neighbour friend, Danny, cycled 290 miles from Liverpool to Hornsea, in five days, meeting folks in Airbnb’s, wishing him well on his journey. When we followed Danny’s adventure, little did we know that his challenge would be a trailblazing example of “remote” community fundraising in 2020.

This year, my fundraising counterparts (in London and Manchester) and I worked together to design and implement our first homemade remote campaign. Creating the challenge took insight from the morale of our communities, took on board the government restrictions, alongside the wellbeing of our delivery teams. At this point, the delivery teams had been supporting those most vulnerable who had been shielding for three months. People were distressed and exhausted and needed a boost, so we brought them the Remote Relay. The Remote Relay brought runners, walkers and cyclists together from up and down the country, passing a virtual baton to keep the connection going. 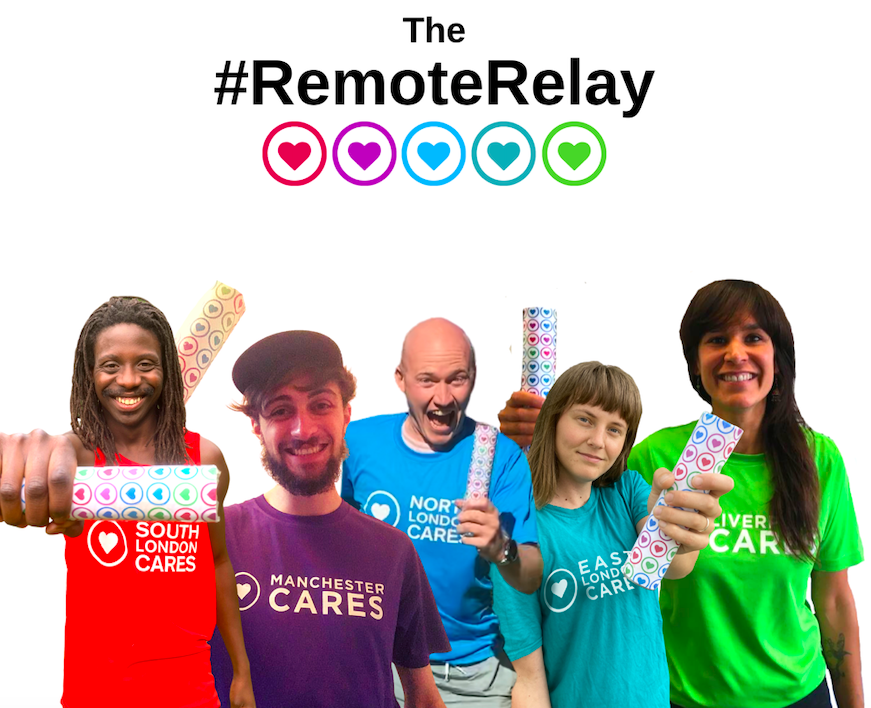 We were overwhelmed by the response from the Liverpool community and The Remote Relay helped The Cares Family to raise over £15,000. The power of community fundraising for a charity is hard to replicate in any other income stream.

Winter - Our first Big Give campaign and remote Santa Run

Traditionally the City of Liverpool hosts one of the most famous Santa runs in Europe, with over 7,000 competitors taking part in what feels like a Santa apocalypse, running by some of Liverpool’s most historic architecture on a fresh/freezing winter’s morning.

In 2019, Liverpool Cares entered a 20 strong wolf pack for the very first time and this year we continued the tradition with a remote version of the challenge.

This year, seven fundraising heroes raised money for Liverpool Cares up and down the country. 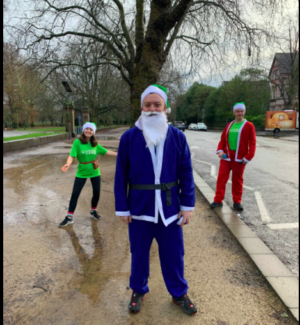 Starting with a socially distanced team enjoying 5km around Sefton Park, the camaraderie was not only shared between Liverpool Care’s runners but with much warmth by other charity Santa runners. A distanced wave, nod, smile and holla added to the mutual respect that we had braved the freezing rain and donned our Santa hats for our chosen charities. 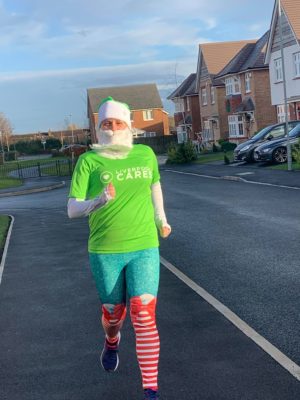 Volunteer, Debbie, took a tour of the north of the city for a 10k, volunteer runner Katie completed a half marathon Santa Run in Hertfordshire, our CEO, Alex Smith, took on a 10K challenge in north London and Christine took the challenge ‘somewhere between Liverpool and Sheffield’ in honour of older neighbour and king of our hearts, Pete, who we sadly lost this year. 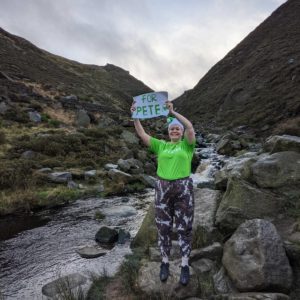 “He was a huge part of Liverpool Cares and a cheerleader just like me, so I did this walk for Pete

We look forward to competing again in 2021 - where we’re hopefully funnelled between The Three Graces and The River Mersey in close confinement, buzzing off the crowd's energy!

Thank you to all our fundraisers of 2020 - from the national 2.6 challenge, Remote Relay and the Santa Dash to all those generous supporters who helped us smash our first Big Give campaign raising over £10,000 to support our community.

We see you, we could not have done this without you - you are massively appreciated.

Finally, 2020 was a year that sadly took so much from so many. I believe it has given The Cares Family a greater understanding of what ‘Togetherness’ means - and the work that we need to do to continue to find it.